LECOM Harborcenter's complex includes two NHL regulation ice rinks on the sixth floor,  (716) Food and Sport restaurant and sports bar, the Academy of Hockey, IMPACT powered by UBMD Sports Performance’s off-ice training facility, a 40-seat theater for film study, additional classroom space, and nine locker rooms providing the best possible experience for every young athlete. LECOM Harborcenter is a focal point of the renaissance underway in the Buffalo Niagara region! Buffalo is home to some of America’s greatest architecture, including works by Frank Lloyd Wright, Louis Sullivan and H.H. Richardson; a system of parks and parkways designed by Frederick Law Olmsted; world-class modern art at the Albright-Knox Art Gallery; the Grammy Award-winning Buffalo Philharmonic Orchestra; and some fascinating history, from the Erie Canal to the inauguration of Theodore Roosevelt. And each year Buffalo hosts dozens of festivals, from the National Garden Festival to the Taste of Buffalo to the National Buffalo Wing Festival.  Not enough? Explore hip neighborhoods filled with boutiques and cafes, like Allentown and the Elmwood Village, and sample a culinary scene that ranges from chicken wings to locally-sourced cuisine. And of course, a natural wonder of the world, Niagara Falls, is just a 30-minute drive from downtown.

Go to VisitBuffaloNiagara.com to explore all the Queen City of the Great Lakes has to offer! 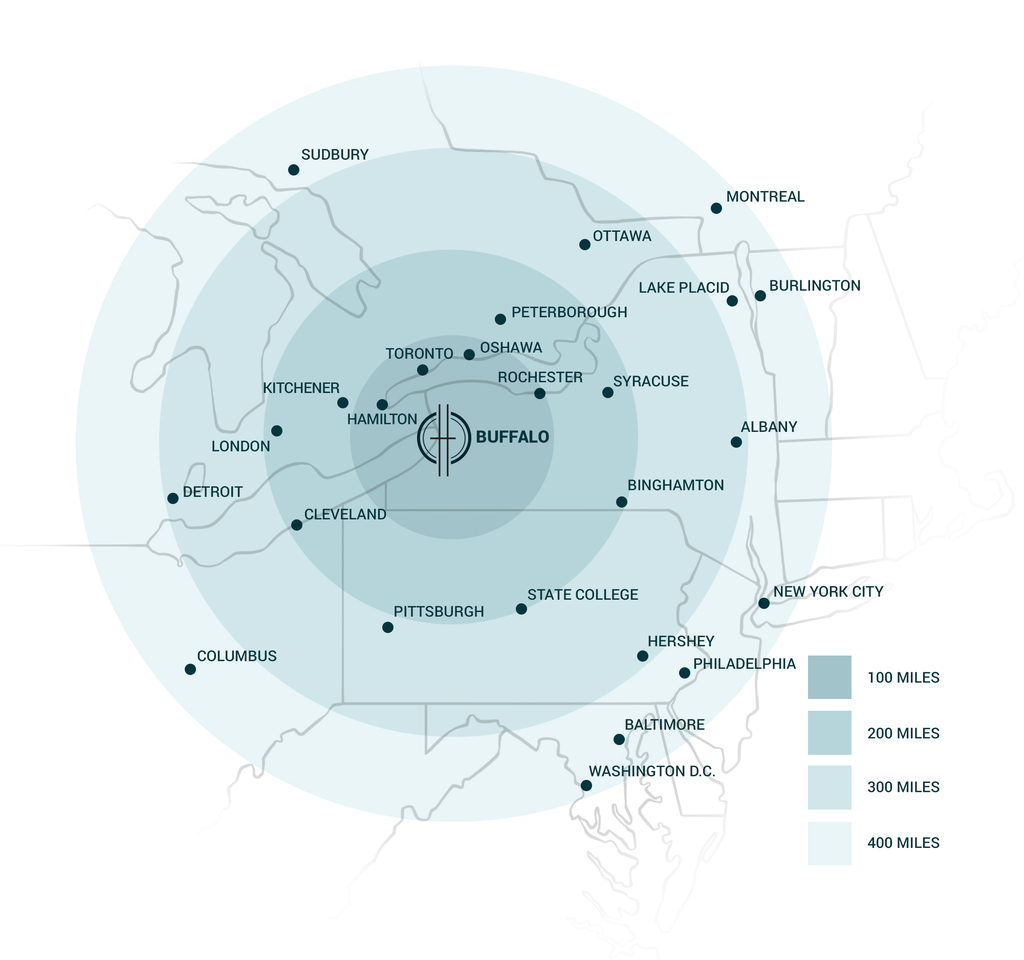